Inhalant Use Disorder is a type of addiction disorder that is characterized by the frequent use of inhalants. Inhalants are chemicals present in some household and workplace products that produce chemical vapors. These vapors induce mind-altering effects when inhaled. Inhaled substances are rapidly absorbed into the brain to produce a state of euphoria. Excessive consumption of inhalants can also result in permanent side effects, i.e. coma or even death.

Inhalants are mostly used by younger people, mainly because they can access inhalants more easily than other drugs. Teenagers usually become addicted to inhalant use disorder during 14 to 15 years of age. However, abuse is also observed in children as young as 5 to 6 years of age. In the majority of the cases, rates of abuse decline by 17 to 19 years of age. Nonetheless, abuse can be continued into adulthood as well. Inhalant abuse is more common in males as compared to females.

Higher rates of inhalant abuse have been diagnosed in those having a history of sexual or physical abuse, violence, criminal behavior, depression, suicidal tendency, antisocial behaviors, family issues, ferocity, and/or drug abuse. Chances are also high in people having lower income, the psychologically upset ones, those living in rural areas, and those in populations with higher rates of unemployment. 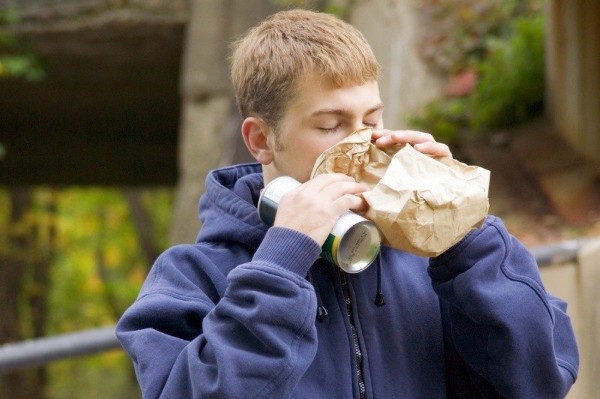 Causes of Inhalant Use Disorder

The main cause of Inhalant Use Disorder is not known. There are several reasons which can give rise to inhalant abuse. Several factors like genetics, social, psychological, and environmental factors can all have an impact on a person’s tendency to become a victim of inhalant abuse. This risk can also be ascribed to developing any other substance abuse disorder.

Symptoms of Inhalant Use Disorder

Inhalant abusers may show such signs as:

How Inhalants are Abused?

When people abuse inhalations, they breathe them in through their nose or mouth in various ways. Inhalant addicts smell it directly or smell the fumes from a container or dispenser, spray aerosols directly into the nose or mouth, or place a cloth soaked in chemicals over the nose or mouth. People also inhale substances from a balloon or a plastic or paper bag, this method is known as “sagging.” Some abuse inhalations by pouring them down a shirt collar or sleeve and sniffing them from time to time. The effect of inhalations only lasts a few minutes, so abusers prolong it for several hours by repeated inhalation.

Effects of Inhalant Use Disorder

The chemicals present in the aerosol sprays, solvents, and gases can give rise to a wide range of other effects during the use of inhalants or soon after use. These effects are linked to inhalant abuse and may involve violence, apathy, weakened decision making, and impaired functioning in social situations or at the workplace, vomiting, and nausea are also very common side effects. Exposure to higher doses can cause confusion and hallucinations. Additionally, depressed reflexes, weak muscle tone, and limpness. For example, research has also shown that toluene inhalation can cause euphoria, headache, dizzy feelings, and the inability to control movements.

Complications of Inhalant Use Disorder

Inhalants damage the nerve fibers, which are the communication system of cells in the body and brain that keep them working properly. Inhalants also damage brain cells by reducing the sum of oxygen that reaches it. The effect of this damage depends on the area of the brain that has been damaged, complications could involve:

Long term side effects include:

Diagnosis of Inhalant Use Disorder

Inhalants are not identified by the routine urine drug screenings, so diagnosis is dependent upon the clinical evaluation of expert clinicians. Clinical testing can show abnormal laboratory reports, such as elevated liver enzymes. Blood and other tissues can be tested by the gas chromatography technique. Particular urine tests can trace toluene, benzene, and other related substances when they are abused over a longer period of time.

Treatment of Inhalant Use Disorder

Teens who are having more severe inhalant abuse disorder might require to be treated in a residential treatment program.