Tobacco Use Disorder is a type of drug addiction characterized by an individual’s dependence upon tobacco, which contains nicotine. Nicotine is a psychoactive constituent (which affects the brain), and a very addictive stimulant of the central nervous system. The addictive nature of nicotine leads to obsessive and recurrent use of the drug, physical dependence, and drug tolerance.

Tobacco use disorder is commonly seen in individuals who consume cigarettes and smokeless tobacco on daily basis. Tobacco Use Disorder is identified as mild, moderate, and severe depending on the number of diagnostic criteria that have been set. However, quitting tobacco is still possible.

Besides causing addiction, nicotine has several negative physical effects and a range of withdrawal symptoms. The majority of adolescents in the United States usually experiment with tobacco use, and by 18 years of age, around 20% of them smoke once, at least monthly. Most of these individuals become daily tobacco users, hence addicts. Tobacco use is a universal public health problem and the leading cause of morbidity and mortality in the United States, however, treatment can help. 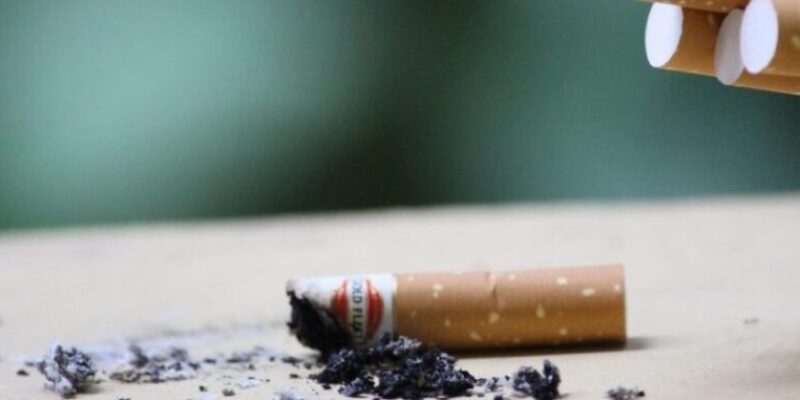 Symptoms of Tobacco Use Disorder:

Some of the common signs and symptoms of tobacco addiction include:

Effects of Tobacco Use Disorder:

Some of the effects that might occur after smoking tobacco include:

Causes of Tobacco Use Disorder:

There are several causes of tobacco addiction. Several factors like genetics, social, psychological, and environmental factors can all have an impact on a person’s tendency to consume tobacco. The onset, continuation, and development of tobacco use are contributed to genetic factors in about 50% of cases. This risk can also be ascribed to developing any other substance abuse disorder. Individuals with extrovert personality traits are more prone to start tobacco use.

Complications of Tobacco Use Disorder:

Withdrawal of Tobacco Use Disorder:

Diagnosis of Tobacco Use Disorder:

According to the DSM-5, (Diagnostic and Statistical Manual of Mental Disorders, Fifth Edition), Tobacco Use Disorder is diagnosed when an individual is dependent upon nicotine, which is present in tobacco. A psychoactive constituent which (influences the brain), the suspected individual is extremely addicted to the drug, is unable to function normally without its consumption and is unable to quit its use despite efforts.

Treatment of Tobacco Use Disorder:

There are a number of ways that people can follow to stop using tobacco:

Psychological treatment for tobacco use disorder:

Cognitive Behavioral Therapy is seen to be helpful for individuals having an addiction/dependence on tobacco. It helps them to stay committed to the cessation. The therapist working with the affected person helps them to find other healthy and positive habits instead of smoking. They can help with how to deal with the nicotine cravings and how to identify the triggers that cause the individual to want to consume tobacco.

Smoking cessation support groups, which include a group of individuals with the same goal can help to provide assistance and share ideas for healthy replacements in place of tobacco use.

Medicines for Tobacco use disorder:

A variety of formulations of nicotine replacement therapy (NRTs) are available, including transdermal patches, gum, sprays, and lozenges which are equally effective for cessation. Bupropion (immediate-release and extended-release) is originally approved as an antidepressant, but it is also seen to help in tobacco addiction. Varenicline helps by reducing nicotine cravings, by stimulating the alpha-4 beta-2 nicotinic receptor in the brain but to a lesser degree than nicotine.