Many children have anxieties and fears, and they may feel sad and hopeless at times. Strong fears might occur at any time during a child’s development. Toddlers, for example, are frequently disturbed when separated from their parents, even if they are safe and well-cared for.

An anxiety disorder may be diagnosed when a child does not outgrow the concerns and anxieties that are common in early childhood, or when there are so many fears and worries that they interfere with school, home, or play activities. While children’s anxieties and worries are normal, persistent or excessive forms of fear and sadness may indicate childhood anxiety. 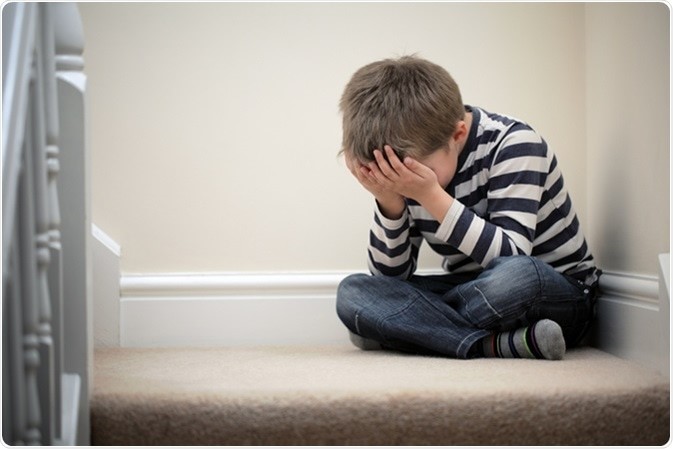 Types of Anxiety Disorders in Children

The following are examples of several types of anxiety in children:
• Being terrified while separated from one’s parents (separation anxiety)
• Having a strong aversion to a certain object or event, such as dogs, insects, or going to the doctor (phobias)
• Being terrified of going to school and other locations where people are present (social anxiety)
• Being extremely concerned about the future and the possibility of horrible things occurring (general anxiety)
• Feeling dizzy, shaky, or sweaty after experiencing repeated episodes of abrupt, unexpected, extreme terror with symptoms such as heart pounding, difficulty breathing, or feeling dizzy, shaky, or sweaty (panic disorder)

Symptoms of Anxiety Disorder in Children

The following are some of the most prevalent anxiety symptoms in children:
• having trouble concentrating
• difficulty sleeping or waking up in the middle of the night with disturbing dreams
• not eating enough
• being easily irritated or agitated, and losing control during outbursts
• worrying or thinking negatively all of the time
• being anxious and fidgety, or frequently using the restroom
• Constantly crying
• clinginess
• stomach pains and a general feeling of ill health

Complications of Anxiety Disorder in Children

Anxiety in children can sometimes cross the line from normal everyday concerns to a disorder that prevents them from doing the things they need to do. It can even prevent individuals from enjoying life as they should, and if left untreated, it can lead to serious health problems.

Prevention of Anxiety Disorder in Children

The following are some strategies for preventing anxiety in children:

• The goal is to assist a youngster to manage anxiety rather than eliminate it.
• Don’t avoid situations simply because they make your youngster nervous.
• Set positive but reasonable goals for the child.
• Respect their emotions, but don’t give them power.
• Don’t ask questions that lead to a conclusion.
• Don’t add to the child’s anxiety.
• Encourage the youngster to cope with his or her fears.
• Try to limit the waiting duration to a minimum.
• Talk things out with your child.
• Try to be an example of how to deal with anxiety in a healthy way.

Diagnosis of Anxiety Disorder in Children

A skilled therapist can diagnose anxiety problems. They will have a conversation with you and your child, ask questions, and pay attention. They’ll inquire as to how and when the child’s anxieties and concerns manifest themselves. This aids in the diagnosis of the child’s unique anxiety issue.
A child or adolescent with anxiety symptoms should see a doctor on a regular basis. This ensures that the symptoms are not caused by another health issue.

Treatment of Anxiety Disorder in Children

The type of treatment your child receives will be determined by their age and the source of their anxiety. Counseling can assist your child in understanding what is causing their anxiety and allowing them to get through it. CBT is a type of talk therapy that can help your child control their anxiety by changing the way they think and behave. If your child’s anxiety is severe or does not improve with talk therapy, anxiety medications may be prescribed. These medications should only be prescribed by a mental health professional (psychiatrist) who specializes in children and teenagers.