When a person continues to use cocaine regardless of the mental, behavioral, and physical problems it causes, this condition is referred to as Cocaine Use Disorder. It may also lead the user to become dependent on the drug.

Cocaine is an illicit drug made from the leaves of the cocoa plant. According to the National Institute on Drug Abuse, approximately 15% of people in the United States have used cocaine at least once in their life.

Cocaine is a very dangerous drug because it is extremely addictive, but it also puts the person’s health at serious risk. There are both short-term and long-term negative effects related to cocaine use, including potential overdose, cardiac arrest, and organ failure. Cocaine use narrows the blood vessels, which causes an increase in blood pressure. Snorting cocaine can also lead to serious damage to the nasal cavity and nearby organs.

Symptoms of Cocaine Use Disorder

Cocaine Use Disorder can cause:

With consistent cocaine use, the body starts to require cocaine to get through the day. A person might become ill and suffer from withdrawal symptoms when they stop using or use less than what they are used to in order to become high.

How do people use cocaine?

Cocaine is used by snorting it, rubbing it on the gums inside your mouth,  dissolving it, and injecting the drug directly into their veins, or they may add heroin to the liquid mixture to inject into the veins which are also called Speedball. Some people smoke cocaine which is often termed “crack,” which is a rock-like substance.

Causes of Cocaine Use Disorder

The cause of this disorder is not known. Factors like genetics, environment and peer pressure may play a role.

Cocaine causes the brain to produce large amounts of a chemical called dopamine. This chemical is responsible for feeling pleasure. Over time, more cocaine is needed to cause the same release of dopamine levels to achieve the desired high.

How does cocaine affect the brain?

Cocaine increases levels of the neurotransmitter dopamine, and this chemical produces feelings of pleasure. Cocaine prevents dopamine from being recycled in the brain and this causes a build-up in the space between the nerve cells of the brain. The end result is that the user feels high and satisfied.

Short-term health effects of cocaine include:

Large amounts of cocaine intake can lead to disturbing, impulsive, and violent behavior.

Other health effects of cocaine use include:

Long-term effects of cocaine include:

Some long-term effects of cocaine use include:

What are the effects of cocaine withdrawal?

When addicted cocaine users stop their cocaine intake, reduce how much cocaine they are using, or expand the time between each use, they will experience physical withdrawal from the drug. Physical withdrawal symptoms can be strong and difficult to cope with. During the withdrawal period, the user’s cravings for the drug become more prominent.

Risk Factors to abuse or become dependent on cocaine

Factors that might increase the risk to develop Cocaine Use Disorder are:

Treatment of cocaine use disorder

The first step for the treatment of Cocaine Use Disorder or dependency on the drug is for the person to admit they have a problem and want to stop. The second step is to admit themselves into an inpatient treatment program. This program may require the person to go to a detoxification unit first for four to seven days if the use and physical withdrawal symptoms are severe. Recovery and treatment take motivation on the part of the user and take time. Many people end up relapsing several times.

Your doctor or a psychiatrist may prescribe medication to ease the physical symptoms of withdrawal from cocaine. Common medications that may be prescribed for this purpose are: 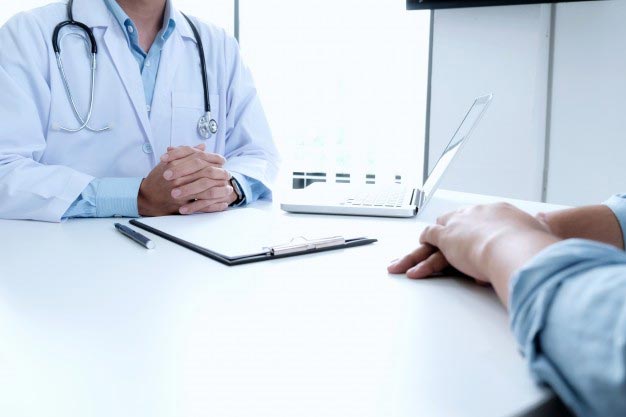 After a person is successfully discharged from an inpatient program, or an individual’s cocaine use is minimal to moderate, outpatient individual and group treatment will be beneficial. Both treatment modalities will help the person recognize the triggers and thought patterns that promote their cocaine use and how to correct them usually through cognitive behavioral therapy (CBT) strategies. The treatment will also help the person learn about the negative impact that drug use places on their life and everyone around them who cares about them (family, friends). Most people find that group therapy is a necessary support system to help them maintain abstinence, and individual therapy is used to address the person’s individual issues on a deeper level. By the end of the successful treatment, the person develops a realistic relapse prevention plan that is put into motion.

A therapist may refer the person to attend Alcohol Anonymous or Narcotic Anonymous meetings as an additional measure of support.