People with orthorexia, unlike those with anorexia or bulimia, are rarely concerned with decreasing weight. Instead, they have an unhealthy concern with the “purity” of their foods, as well as the health benefits of eating healthily.
It’s not a formal diagnosis but the core concept is that it encompasses eating behaviors that reject a wide range of foods because they are not “pure” enough. People with orthorexia eventually start avoiding entire meals that don’t satisfy their criteria or that they didn’t prepare themselves.
Orthorexia and eating disorders such as bulimia and anorexia nervosa, according to some doctors, have parallels. Everything revolves around food and control. 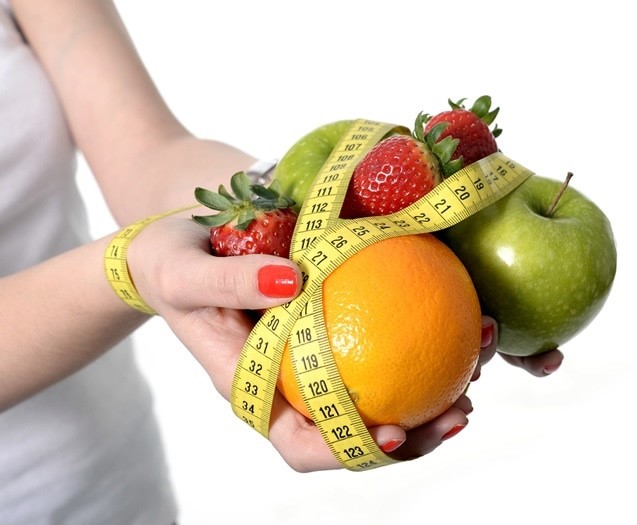 Symptoms of the condition include:
• Obsessive adherence to an eating plan. What was once a choice becomes a compulsion, and the individual no longer has the option of relaxing their own restrictions.
• Consuming only nutritious foods. According to their belief system about what constitutes healthy eating, people with symptoms of this disease restrict items they consider to be unhealthy and embrace some “superfoods” they perceive to provide exceptional health benefits. These limits frequently result in the eradication of entire food groups as well as the addition of cleanses, fasts, and detoxes.
• Shame and guilt. A person’s self-esteem is inextricably linked to their adherence to their chosen diet. As a result, any deviation from the diet usually results in intense feelings of guilt, humiliation, and worry.
• Negative impact on normal functioning. Restrictive eating eventually has a negative influence on a person’s health, as well as their social and vocational functioning; eating the appropriate meals becomes increasingly crucial, crowding out other activities.

The following are some of the most common causes of Orthorexia Nervosa:
• Adoption of a dietary theory that is extremely restrictive.
• Dietary and/or digestive problems as a child’s illness
• Fear of illness
• Modern issues that medical science is unable to solve
• Parents who place an excessive amount of emphasis on eating nutritious foods
• Perfectionism, obsessive-compulsive disorder (OCD), and extremist characteristics

An eating disorder can strike anyone at any time. Though the causes and risk factors differ from one person to the next, they can be divided into three categories:

• Biological: Having an eating disorder in a close relative, a history of dieting, or type I diabetes.
• Psychiatric: Perfectionism, body dissatisfaction, or a history of anxiety
• Social/cultural: Being taunted or bullied about your weight

Many of the same medical issues that other eating disorders cause are likely to occur with this illness.
• Restrictive eating, for example, can lead to malnutrition, anemia, or an abnormally slow heart rate due to a lack of essential nutrients.
• Severe malnutrition can cause digestive issues, electrolyte and hormonal imbalances, metabolic acidosis, and bone health difficulties.
• Physical issues might be life-threatening, so don’t take them lightly.
Other serious Orthorexia Nervosa consequences include:
• Cognitive difficulties.
• Immune system is weakened.
• Deficiencies in nutrition
• Osteoporosis.
• Kidney disease.
• Infertility.
• Anxiety and stress are two of the most common symptoms of anxiety.
• Coronary artery disease.

Once a person recognizes these harmful consequences, they should seek support from a multidisciplinary team that includes a doctor, psychologist, and dietician.
Among the most common coping mechanisms are:
• prevention of exposure and response
• a change in behavior
• Restructuring of the brain
• a variety of relaxing techniques

Individuals with all of the following symptoms are diagnosed with orthorexia Nervosa:
• Obsessive conduct and/or obsession with a limited diet in order to achieve optimum health
• Self-imposed dietary norms are broken, resulting in an increased dread of sickness, a sense of personal impurity, and/or bad physical sensations, anxiety, and shame.
• As dietary restriction progresses, it may entail the exclusion of food groups and the use of cleanses. Weight loss is common, although the desire to lose weight is not the primary motivation.
Individuals with any of the following symptoms may be diagnosed with orthorexia Nervosa:
• Malnutrition, extreme weight loss, or other health problems as a result of a restricted diet
• Intrapersonal suffering or impairment in social, intellectual, or occupational functioning as a result of healthy diet attitudes or activities
• Self-worth, identity, and body image are overly reliant on sticking to a “healthy” diet.

Common treatments include:
• Exposure and reaction prevention: The more you’re exposed to the anxiety-inducing environment, the less it will bother you.
• Behavior modification: Recognize the negative consequences of your conduct so you can make changes.
• Cognitive restructuring, also known as cognitive reframing, is a technique for identifying stress-inducing habits and beliefs and replacing them with less rigid ideas and actions.
• Breathing exercises, guided imagery, mindfulness meditation, yoga, and tai chi are all examples of relaxation training.