Antisocial Personality Disorder (ASPD) is a type of personality disorder where a person continuously defies what is right and wrong while also disregarding the rights and feelings of others. People with antisocial personality disorder are more likely to be antagonistic, manipulative, or cruel in their treatment of others. They express no sorrow or shame for their actions.

People suffering from Antisocial Personality Disorder are more likely to be antagonistic, manipulative, or cruel in their treatment of others. They typically do not possess the ability to empathize with anyone; and therefore, they do not express guilt, shame, or remorse for their actions. There is no cure for this personality disorder. Individuals with these personality characteristics often tend to have poor relationships and many become involved in legal matters due to their behaviors. Seeking therapy can help an individual to manage their personality traits to improve their overall lifestyle, decrease harm toward others, and improve relationships.  Long-term management of ASPD requires maintaining good relationships and a support system. 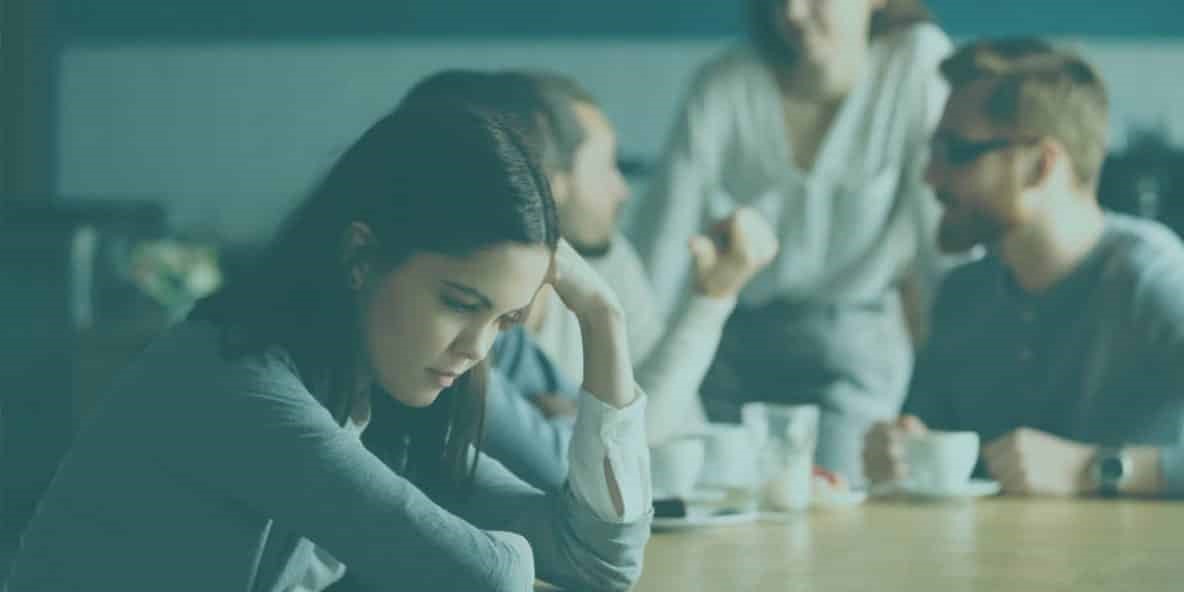 People with ASPD are likely to engage in the following behaviors:
• Deceiving and exploiting others
• Make impulsive decisions
• Be impatient and combative
• Assault or fight with others
• Disobey the law
• Don’t care about other people’s or their own safety
• Show no regret for their actions
• Fail to satisfy financial, employment, or social obligations
• Indulge in drug or alcohol abuse

Although there is not a single cause of ASPD, the following variables may enhance a person’s chances of having these personality characteristics:

• Biology: People with ASPD may have abnormally high serotonin levels. Serotonin is a neurotransmitter that affects our mood and emotions of well-being.

• Environment: Early childhood trauma or abuse raises the likelihood of having ASPD later in life.

• Genetics: There may be some hereditary variables that predispose some people to develop ASPD. However, the personality disorder is likely to be caused by a combination of hereditary factors rather than a single element.

• Lifestyle: Approximately half of those diagnosed with ASPD also struggle with drug or alcohol misuse.

• Gender: Men are more prone to acquire ASPD than women.

There are certain risk factors that increase the likelihood of developing (ASPD):

• Identification of a childhood conduct problem
• A history of (ASPD), other personality disorders, or mental health issues in the family
• Having been abused or neglected as a child
• Unstable, aggressive, or a  chaotic family life as a child
• Men are more likely than women to suffer from (ASPD).

Antisocial Personality Disorder’s complications, effects, and issues may include:
• Abuse or neglect of a spouse or child
• Alcohol or substance abuse issues
• Being arrested and/or incarcerated
• Homicidal or suicidal tendencies
• Suffering from other mental health issues such as sadness or anxiety
• Low social and economic standing, as well as homelessness
• Premature death, generally caused by violence

Antisocial Personality Disorder is believed to develop during childhood. Parents, teachers, and physicians may be able to detect early warning signs. It may be beneficial to try to identify people who are most vulnerable, such as youngsters who exhibit conduct disorder and provide early intervention.

Antisocial Personality Disorder is often diagnosed based on:
• A psychological assessment that investigates ideas, feelings, relationships, behavior patterns, and family history.
• Personal and medical background
• Using criteria for the disorder listed in the Diagnostic and Statistical Manual of Mental Disorders (DSM-5)
• Antisocial Personality Disorder is not diagnosed until the age of 18, but some indications and symptoms may appear in childhood or early adolescence. Before the age of 15, there is usually evidence of conduct disorder symptoms.
• Early detection of (ASPD) and intervention may assist in positive long-term results

Treatment is determined by each individual’s unique condition, willingness to participate in treatment, and intensity of symptoms.
Medications:
The Food and Drug Administration has not authorized any drugs to treat (ASPD). Doctors may prescribe drugs to treat diseases related to (ASPD), such as anxiety or sadness, or to treat aggressive characteristics. Certain medicines are typically administered with caution due to the possibility of abuse.

Someone with ASPD can be treated with psychotherapy but the results weigh heavily on the person’s desire and motivation to improve their life. Anger and aggression management, treatment for alcohol or substance abuse, and treatment for various mental health disorders are all examples of what can be accomplished  therapy. However, psychotherapy is not always helpful, particularly when symptoms are severe and the client refuses to acknowledge that he or she is contributing to major difficulties.